Faulty Towers The Dining Experience creates its special brand of chaos in The Torquay Suite Theatre of the four-star Glen-Yr-Afon House Hotel in Usk.

Returning again to cause chaos!

Next dates to be announced.. 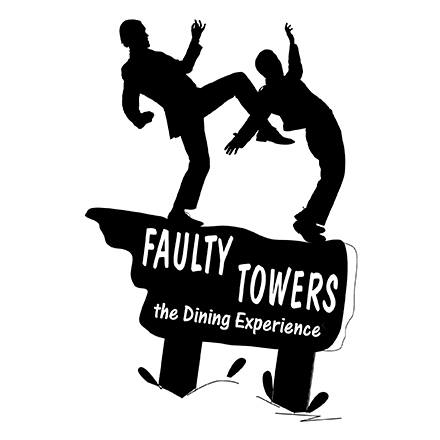 This globetrotting show is truly quite legendary, selling out in places like Edinburgh Fringe and Sydney Opera House. It returns to Glen Yr Afon House Hotel in both November and December, but be warned: it will sell out here too, so early booking is essential. Basil, Sybil and Manuel serve a 3-course meal along with plenty of laughs and audience participation in this 5-star immersive show –a show that’s never the same twice, because it’s 70% improvised. It’s great for comedy fans, theatre fans, or anyone who just fancies going out for an unforgettable meal and a good time. This true blend of ingenious comedy and unique theatrical script is a multi-sensory treat where chaos reigns right from the start.

Born in Brisbane in April 1997, Faulty Towers The Dining Experience is a worldwide hit, appearing in around 20 countries a year. Highlights of 2018 include a string of return visits to Fringe Festivals in Perth, Adelaide, Melbourne and Edinburgh, and tours in Europe, Scandinavia, Asia, Australia and the Caribbean. With an ongoing residency, too, in the heart of London’s theatre land, it’s clear that Faulty Towers The Dining Experience is the most successful interactive comedy show of its kind. Ten teams of cast now tour the world virtually non-stop.

'The actors were excellent even down to the last mannerisms. Interacting with the audience throughout. You know you've had a good night when your face hurts because you've laughed so much.  Highly recommend!'

Please note that due the format of the event any parties booking for less than 10 guests will be seated with other parties.

For those you wishing to join us for this evening of laughter, watch this space for our next event. Dates can be held on a provisional basis for a period of 14 days before a non-refundable deposit  would be required to confirm the reservation. 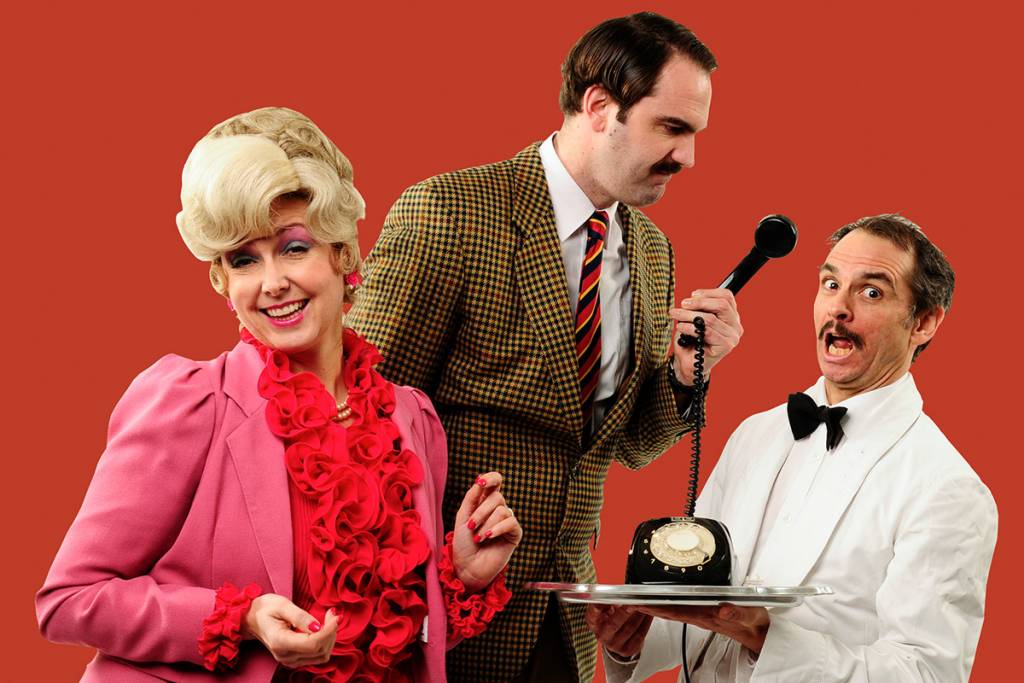 Glen-Yr-Afon House Hotel and Clarkes Restaurant makes every attempt to identify ingredients that may cause allergic reactions for those with food allergies. Every effort is made to instruct our food production staff on the severity of food allergies. However, there is always a risk of contamination. There is also a possibility that manufacturers of the commercial foods we use could change the formulation at any time, without notice. Customers concerned with food allergies need to be aware of this risk.

We also offer other themed dinner events - our murder mystery dinners give those budding detectives the opportunity to use their crime solving skills to solve a murder and establish the motive.  This all happens during the course of dinner with prizes awarded at the end of the evening.  If comedy dining is more for you, our fabulous Only Fools and Horses Dining Experiences welcome Del boy and Rodney here for a t'riffic night out with some cushty pub grub!