About The Glen-Yr-Afon House Hotel

Throughout the whole of this time it has been in the continuous ownership of Peter and Jan Clarke since it's purchase as a country house in 1973. Interestingly the estate agent's documents commented "It is a property with considerable potential for improvement!!"

The original house was built in 1868 for a Richard Satchell whose occupation on the conveyance is given as a draper. The grounds to the house included the field next door in which the hotel extension now lies (purchased back in 1991). Over the next 100 or so years the property changed hands several times.

Following Sarah Ann Satchell's move to a property in Woodbury, Devon, also named Glen-Yr-Afon, a local pharmacist and later a baker  assumed the mantle as owner of the house. In October 1960, the most significant conveyance took place to a local grammar school headmaster by the name of Horace James Hodges Padfield a well known member of the Abersychan community, and to this day people still comment that this is where their old headmaster used to live. It is ironic to consider the current use of the Glen-Yr-Afon House bearing in mind that Mr Padfield mortgaged the property to the United Kingdom Temperance and General Provident Institution.

In 1973 the Glen-Yr-Afon was bought by Peter and Jan Clarke together with another couple Rosemary and John Saunders although it soon came under their sole ownership when the Saunders' decided to leave and start a family.

The business opened it's doors in March 1974 and has welcomed many thousands through them ever since for Conferences, Weddings, Dinners and of course the accommodation. As you will note from the photograph below the blue paint you see has given way to the characteristic green and gold livery still used on the hotel to this day. 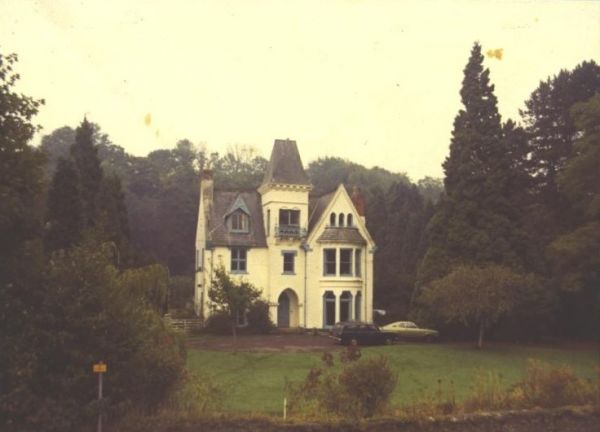 Many extensions to the original building have followed over the years with the Dining Room and Bar changed many times and the addition of the Library in 1982. The largest extension was completed in 1992 which added a further 12 bedrooms to the hotel together with a large function suite and an extended Dining Room.

2003 saw the completion of the kitchen refurbishment, and the establishing of an Italian courtyard for guests to enjoy. Clarkes Restaurant made its debut in the Spring of 2007 to local acclaim and is the culmination of 14 years  hard work by our Head Chef Julie Carey and her team, needless to say the assurance of quality is all in the name!

It has been the source of great pleasure over the years, to welcome back the many familiar faces who have visited the Glen-Yr-Afon and discovered the difference in staying in one of South Wales' foremost privately owned hotels where quality of service and well furnished surroundings are always in evidence.